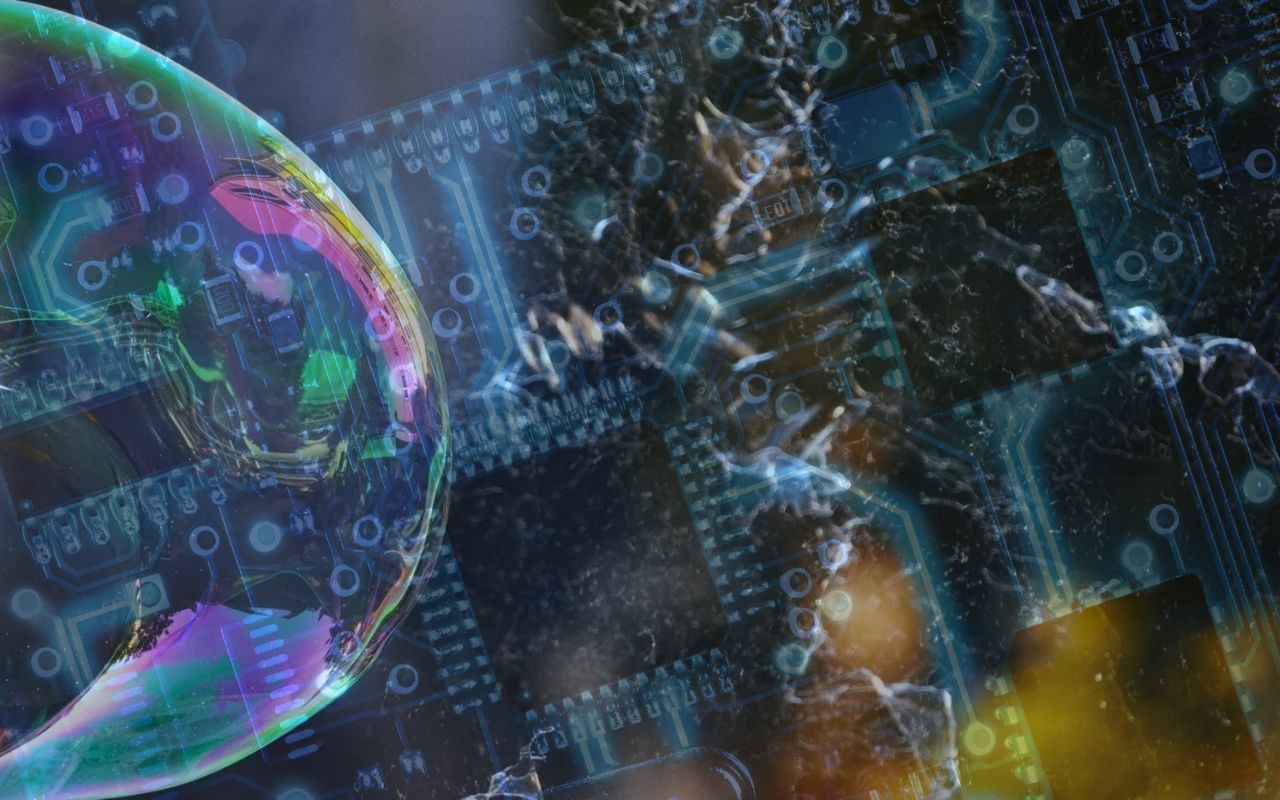 At the top of the Tech Bubble in 2000, the top-10 American tech stocks reached 30% of GDP (gross domestic product).

How much are they worth today and how should it affect your money management for the future?

The future of tech stocks is in jeopardy and is likely in for a bit of a reality check.

The problem in 2000 was the same as it is today- growth expectations were too high for these companies.

Basically, the value of these companies exceeded what the whole economy could keep up with.

In 2000 many of these tech companies were spending a lot to address the Y2K computer problem, which made the technology sector unsustainable- a first prick leading to the bubble popping.

Venture capitalists and other investors were heavily interested in the NASDAQ for high short-term growth rather than realizing the top forming in both growth and profitability.

Over the next two and a half years, the value of these tech-industry companies would plunge like never before to just six percent of GDP.

It’s imperative to note this volatility, down to 6% from 30%.

Obviously, stock prices for these companies plummeted, leading the entire economy into a recession resulting from the burst bubble.

The Top-10 US tech companies have reached an incredible 56% of GDP, 87% higher than it was at the peak of the 2000 tech bubble we already discussed.

The record-breaking monetary stimulus from the federal reserve during the Covid pandemic accelerated the move to the cloud. Of course, this led to the corresponding IT spending boom, exactly like Y2K.

Just in the last calendar year alone, investors have extrapolated unsustainable growth and profitability to justify high valuations instead of recognizing a top.

What is still incredible to me is that, even as the fundamentals are already deteriorating, the downside risk for these mega-caps remains unthinkable to most market participants today.

Consider your personal finance: if the 10 mega-cap tech stocks approached the same cyclical low valuation levels that they did in 2002 of 6 times EV to GDP, it would look as if the world’s economy was ending.

Honestly, it probably remains unlikely to go that low, but you get a sense of the extremity I’m talking about here. Something to consider properly.

How do you develop a millionaire mindset?

How to control fear and greed in trading?

How to trade using Order Flow and Volume Analysis?

Take your trading to the next level. Join the STC Academy!

This website uses cookies to improve your experience while you navigate through the website. Out of these, the cookies that are categorized as necessary are stored on your browser as they are essential for the working of basic functionalities of the website. We also use third-party cookies that help us analyze and understand how you use this website. These cookies will be stored in your browser only with your consent. You also have the option to opt-out of these cookies. But opting out of some of these cookies may affect your browsing experience.
Necessary Always Enabled
Necessary cookies are absolutely essential for the website to function properly. These cookies ensure basic functionalities and security features of the website, anonymously.
SAVE & ACCEPT
Scroll to Top Book your spot now by filling out the form below